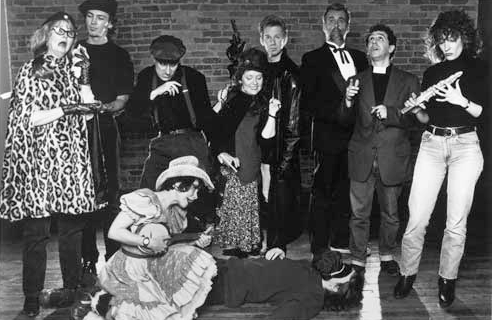 Following is a listing of some of our murder mystery scenarios and scripts. This listing is by no means complete. We have several mysteries developed specifically for various holidays.  For instance, When Irish Eyes Aren’t Smilin’  is ideal for a St. Patrick’s Day party or Hips, Hips, Hooray for a Veteran’s Day event.
We also specialize in writing specifically focused shows for individual clients. For instance, Focus on Murder was written for Lenscrafters and features various eye conditions, Final Discharge has a dire medical billing plot and was commissioned for  Docu-Voice Corporation, Die for Five was written for Arby’s and includes such suspects as “Horace C. Sauce” and “Curly Frye.” So let these listings be your guide, but don’t hesitate to mention specific needs/desires for your event/client. 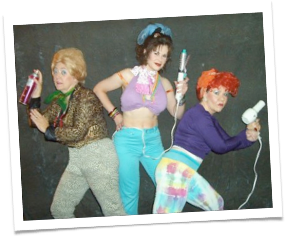 ​Curl Up And Dye! The Best Little Hair House In Tennessee!
Welcome to Split Hairs, TN, home of the world’s largest foam hair curler, proudly displayed in the town’s main square. Split Hairs also boasts the county’s most popular beauty parlor, a pet grooming salon (where all the elite send their precious pooches) and a renowned New Age health spa owned by Herr Les Noggen, a recent European transplant. Dee Tangle has invited all the local townspeople to join her in celebrating the grand re-opening of The Curl Up & Dye House of Beauty, now a sole proprietorship under the teasing comb of Blondie Faux. To highlight the festivities Dee’s arranged for a variety of hair care and beauty specialists to give informative talks and offer tantalizing tidbits on enhancing one’s “natural” beauty. But beneath the glitz and glitter there may be more cooking than a hard-curl perm. Should something untoward occur Sheriff Albee Danged may appeal to you for help in unsnarling the clues. After all, it is an election year and it would be a real feather in the sheriff’s cap if the crime can be solved before turning it over to the state police. 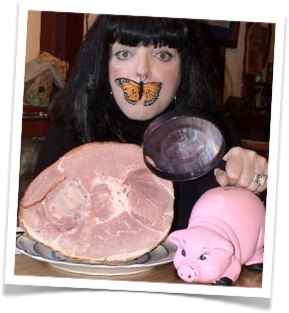 ​The Silence of the Hamms
Join us in Fatback,TN for the annual Ima Hamm Memorial Pig Festival. Ordinarily the Festival is a crackling good time for the townsfolk as they show off this season’s best pigs and piglets (even though everyone knows Ima’s daughter Rowena Hamm will undoubtedly walk away with most of the top awards as she does every year.)  But this season rumors of a serial pig killer (suspected to be escaped convict Hammable Lester) on the loose have everyone looking over their shoulders and hamhocks.  It’s said that an FBI agent, Clayreece Hogstallings has been called in to make inquiries. So, enjoy the fun and the feasting but keep your eyes peeled as we see who ends up a pork chop and who will bring home the bacon. 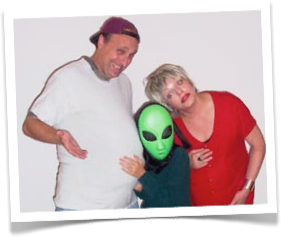 ​From Here to Maternity
​8 months and 29 days ago something happened here in the strange little town of Jess Station, TN. But due to a town-wide epidemic of amnesia no one seems quite sure why so many of the citizens are scratching their heads (and in some cases their bellies) in abject puzzlement. County Sheriff Albee Danged has stopped in to check on the progress of the paper filing and clean-up following this morning’s traffic stopping wreck- a collision between a Vlasic pickle truck and a semi loaded with Ben and Jerry’s ice cream. So the Sheriff is on hand when one of the citizens seems to meet with an unnatural demise.  As the clues are laboriously collected we may need your help in solving what looks to be an unearthly crime! 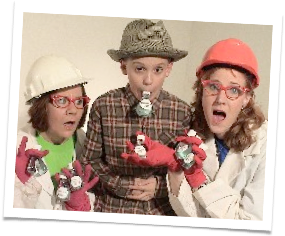 ​Die Me a River!
​Welcome to Hydro Plains, a quiet bucolic hamlet in Aqua Fina County, TN, where the water’s so pure – just drinking it’s a real treat! Unfortunately, the tides of progress are threatening to wash away the peace and tranquility of our rustic village. Tonight, the townsfolk have gathered for a last ditch meeting to give their views – pro and con – of a massive land purchase request from the Mega-Super Center. As is the tradition in Hydro Plains, gifts of pure river water (distilled from each resident’s personal stock) will be distributed to the out-of-town guests before anyone gets down to business. We may find that (at least one) of the townsfolk intends to be something of a wet blanket and extinguish the overly ambitious plans of Mega-Super Center no matter what it takes! 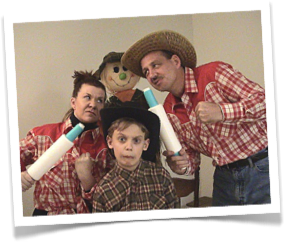 Four Feuds and a Funeral!
​It’s always a bang-up affair when the offspring of mean old PawPaw Piddle gather up for a family feast. Due to some longtime disputes and smoldering squabbles betwixt and between purt near everybody in the family from PawPaw’s son, Bo Diddle Piddle to grand young ‘uns, Lee Dale and Pug Piddle theirs is quite the fractious family even on the best of days. But it appears fowl things are afoot when one of the guests ends up deader than the chickens PawPaw’s poached for dinner. So enjoy the eats but keep your eyes open because one of your fellow diners looks to be a killer and you’ll be helping Sheriff Albee Danged bring that scoundrel to justice! Join Us for A Hoot and a Half of Fun and some mighty fine Feastin’! 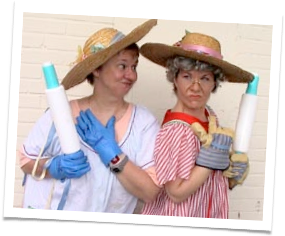 ​Trowel & Error*
Here in Soggy Fields, TN folk take their plants and their planting seriously. So, it takes a very special party to get them to lay down their hoes and put on party clothes. This evening’s party is just that—a soiree hosted by Miss Harmony Rose, frail flower of the South and the town’s most notorious recluse. Tonight marks the anniversary of the death of Boutonniere Rose, amateur horticulturist and Harmony’s twin brother. 25 years ago, Boo (as he was affectionately called) was accidentally smothered to death during a floral delivery gone awry. Devastated by her brother’s demise, Harmony went from being an American Beauty to being a woman obsessed. Over the last quarter of a century Harmony has devoted her time, energy and her family’s vast fortune toward the development of the perfect rose -- a bud worthy of gracing the grave of her dear, departed sibling. At tonight’s party Harmony plans to unveil the result of her quest - the Forever Madness Rose. Tonight it may be apparent that not everyone supports Harmony’s mission. Do not be surprised if murder and mayhem soon take precedence over the mirth and merriment of the festivities.
​*Also known as “Murder & The Deadly Rose.” 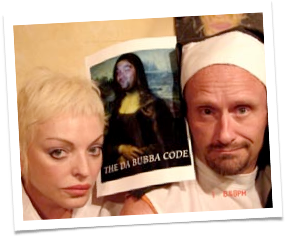 ​The Da Bubba Code (In search of the holy gravy?)
​TV Journalist Okra Windfree certainly spices things up as she tries to decipher the ingredients to Da Vinci’s Mama’s recently uncovered but somewhat illegibly written tomato gravy recipe. But will thyme run out as this salty tongued spitfire turns up the heat with her peppery persistence? Will the long simmering food fueled feud of celebrity chefs Jewelria Childe and Poof Gang Wuk cool down or finally reach its boiling point? Does the mysterious Sister Albeano, protector of the Shroud of Tureen, have some sage advice to add to this murderous mix? Join Sheriff Albee Danged as he dices and slices through the clues in his quest to bring just desserts to the conniving killer in this cuisine-based caper. 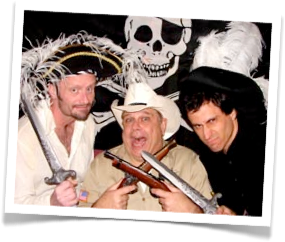 ​Pirates of the PintoBEAN  (The Curse of the Cumberland Corpse)
When Captain Bubbarosa and his scurvy crew sailed their treasure laden boat, The Off White Pearl up the Cumberland River their plans were simple… pillage… loot…bury their plunder…then back to the sea. But no one had figured on the Captain meeting the true love of his life, Opal Jean April May June July Jewell! So the Cap’n and his bride settled down in Swash Buckle, TN (5 miles down the road from Bell Buckle) anticipating an idyllic life of bringing up babies and land pirating. Alas and alack though, no quarter may be given as a “black spot” from the Captain’s past emerges from the briny deep with a bit o’ murder in mind. And as well there’s a mutinous crew of seadogs seemingly bent on absconding with the Captain’s dinghy, The Mini Pearl. It may be up to Sheriff Albee Danged to put paid to a craven killer’s cunning crime or as we say…“shiver me grits matey and let’s end a short drop with a sudden stop!” (Rated AAAAR for Raucously Rowdy!)

All titles and scenarios are the property of LCP Copyright 1995-2018
All rights reserved.  All stories, characters and scenarios are fictitious, and any resemblance between the characters or depictions within are completely coincidental.  Reproduction or use in any manner without express written permission from Laughing Corpse Productions is prohibited